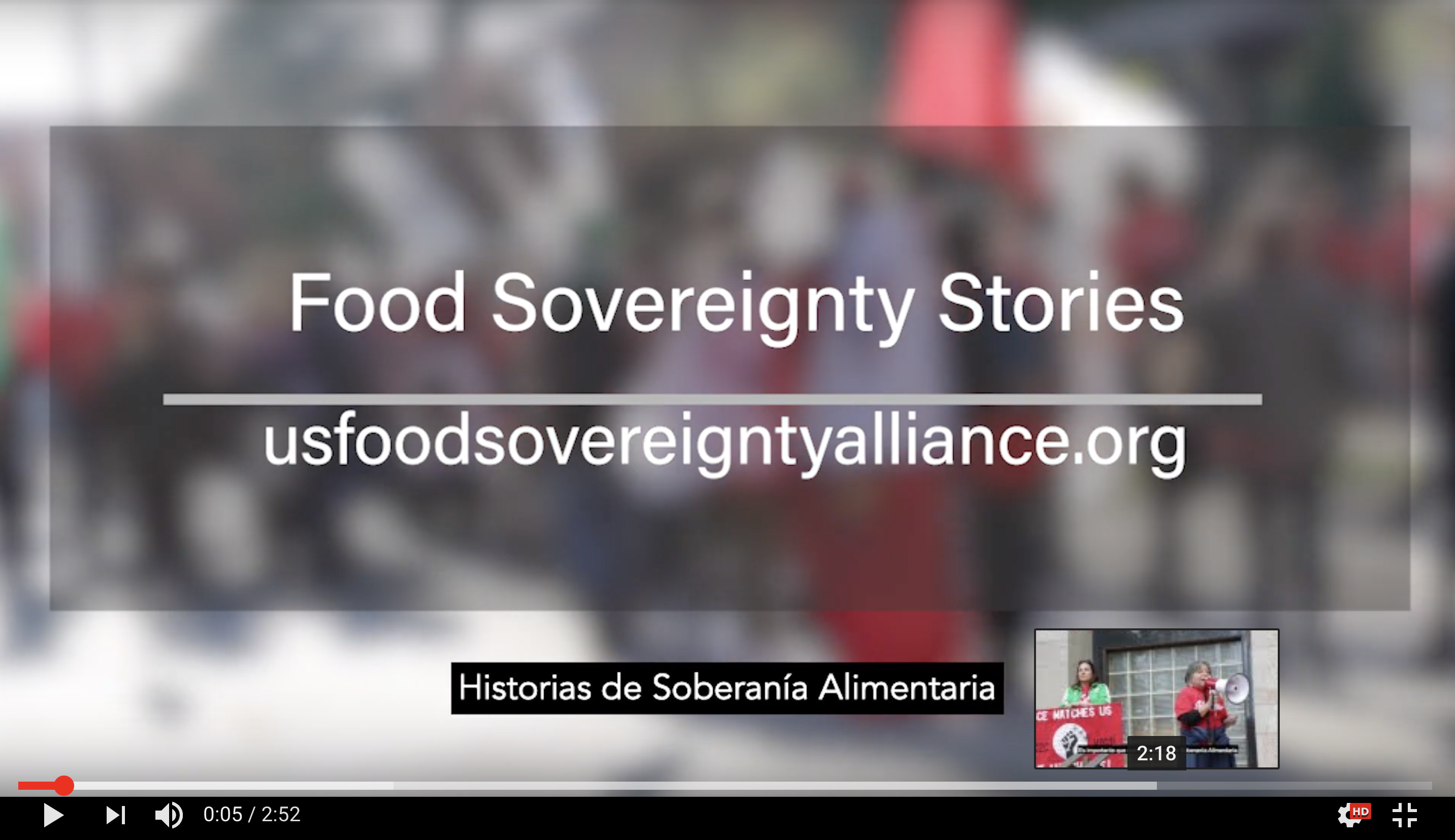 A democratic food system: That’s how Joan Brady defines food sovereignty in action. Joan is a food producer in southern Ontario and is a member of the National Farmers Union of Canada and North America regional coordinator of La Via Campesina, the international social movement organization that popularized the term food sovereignty.

“Not only am I a farmer-producer,” Joan said during the US Food Sovereignty Alliance Assembly in Bellingham, Washington, in October 2018, “I am a leader within my community to build the alternative food system—one that recognizes and values the work that farmers do, that recognizes and values that citizens can choose what to eat and that they should be part of the decision making process.”

During the Assembly, Joan spoke passionately about her experiences as a hog farmer in Canada, and how it has informed her work to cultivate food sovereignty at home and internationally. She described a difficult environment that saw family hog farmers unable to make a living wage and turning to food banks as they felt cornered in the business. When she no longer saw a future in hog farming, Joan made the difficult decision to leave the industry and start over in 2006. She continues to produce food in a market-garden.

Joan connects the systemic challenges she faced while being forced out of the hog industry to the global agribusiness model that impacts small farmers and peasants around the world. This also informs her activism, which focuses on linking up struggles to advance food sovereignty as a alternative.

“I am very much a believer that the answer is within the group, that we as citizens—and especially as peasants and farmers and migrant workers and indigenous people and fisherfolk, who are in Via Campesina—we do have those answers,” she said.

Joan attended the US Food Sovereignty Alliance Assembly for the first time in 2018, and she said she was “blown away” by the cross-pollination between different movements and struggles, from urban agricultural projects in US inner cities to agroecology initiatives in rural areas in Latin America. She was also optimistic about the growing movement.

“This is a place where we link up with people who are passionate and who understand what food sovereignty is,” Joan said. “And they’re going places.”