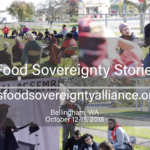 For the Black Mesa Water Coalition, food sovereignty is one part of a broader effort to transform Navajo and Hopi communities and their economies by drawing on traditional knowledge to build sustainable alternatives to fossil fuel dependence. “The just transition for us really came from the need to transition away from a fossil fuel-based economy, […]

Food Sovereignty Stories is a series of videos from social movements in the United States working towards a more just, sovereign, and sustainable food system. For Carl Wassilie, from the Yup’ik Nation in Western Alaska and part of Alaska’s Big Village Network, the arctic ecosystem and traditional seasonal food sources of the Yup’ik people are […] 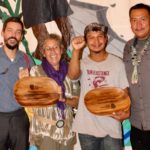 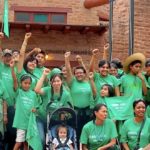 This post is written by Tyler Short of Sustainable Agriculture of Louisville, and is the second in a three part series. You can view part one here. Introduction At the USFSA’s IV National Membership Assembly in Bellingham, WA (October 12–15), the Alliance will award the 2018 Food Sovereignty Prize to Black Mesa Water Coalition and Organización […]