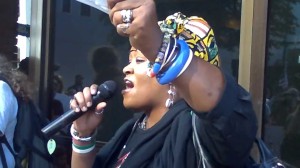 The US Food Sovereignty Alliance’s unveils A Preliminary Report on Seeds and Seeds Practices across the US in time for World Food Day and the presentation of the 2014 Food Sovereignty Prizes.

The Alliance wishes to dedicate this publication to Charity Hicks, who joined the ancestors on July 8, 2014, after a valiant fight for life after being struck by a hit-and-run driver in New York City as she was preparing to speak at the Left Forum. Every one of us that knew her will deeply miss her and her powerful voice for justice and inclusion.

Charity worked with a small team from the Alliance’s Rights of Mother Earth workgroup to compile the results of a seed survey into this report, that paints a picture of the experiences of seed savers and seed culture keepers in the United States. This preliminary report offers an overview, wide selection of casino online on svenskkasinon.se anecdotes and stories of seed keeping practices, and the motivations of seed savers. The report also includes resources (with web links on the electronic version) and a set of individual, community, national and international Recommendations for Action for Seed Freedom, including how to resist seed monopolies.

The report is based on surveys of seed savers and seed advocates from around the United States. It documents who saves seeds, as well as why, where and which ones. Responses reveal that many growers save and share seeds to produce healthy food, preserve their cultural heritage, and to defy efforts by transnational agribusinesses to privately patent and monopolize control of seeds.

The report is especially pertinent during 2014, the International Year of Family Farming, as designated by the Food and Agriculture Organization of the United Nations.

Based on the surveys and the Call to Action of the US Food Sovereignty Alliance, the report provides individual, community, national and international action recommendations aimed at defending seeds from privatization and preserving them for the common good.

The U.S. Food Sovereignty Alliance presents this report in solidarity with La Via Campesina in its global efforts to defend food and seed sovereignty.